Just briefly, I originally went outside to get a further rain swipe to see if the earlier levels from 8x normal had reduced so it was safe for my lovely cat to go out. They hadn't reduced. In fact things went from bad to worse quickly.

I took 4 samples over the course of the period described. The first was to do just simply see if levels from 8x background had dropped off from earlier in day. The radioactivity in the rain swipes from 1squared meter from my car and the neighbour's cars showed levels were increasing rapidly.

The fallout in this rain had increased from apx 20x (Sample a), to 40x (sample b) to the then crazy levels of 84x background when I took (sample C) very quicky, only a few hours.

(Sample d) was down to 45x by this time. But I had had enough of being exposed. I was fully masked up with a 3M FFP3 ventilator and gloved up and changed all clothing upon returning in doors

These samples were taken from around 2am to about 4am 30th April 30th 2012. There is no need for me to upload all the videos so here is the most radioactive of them all Sample C .

I have done follow up studies but because I have been up all night dealing with this I will look at the numbers later but I can say that as this radioactivity did decay very fast and I believed to be mixed in isotopic concentrations. However as time went and very short lived half lives decayed a pattern started to emerge.

For starters all the sample had some small amounts of alpha particles. But this was reducing and soon left only 100% beta particles. This was stable for several halve live steps and each step was around 33.2min which happens to be Caesium 138. This stood out like a snore thumb. In my mind this was what I detected. No radon progeny was detected. This was the first time I had come across this particular half life albeit via numbers and charts.

Hey I had four samples to play with all sampled at different times and decaying at different rates but ultimately only one thing stood out.

There is a lot more to just this potential Caesium and the half life but 84x the normal background levels, this is crazy!!!!

Now even the fools who I don't need to name should even get involved because you are so last year. Bye!!!.

I'm tired and I will look at the numbers when rested.

Please avoid all rain especially in the South West of England today. Whatever it is was and wherever it came from it was not safe. An equivalent annual does of this exposure (If one was exposed 24/7/365 to this same level of 84x background radiation just from external exposure would be over 75mSv/yr. That is almost 4x the maximum allowed of 20mSv/yr by an European Nuclear worker. Bear in mind if they exceed that does of 20mSv/yr they can not work for the rest of that year.

If you inhaled or indigested this you are in big trouble.

Check out any of these brother and sister sites. We are all working together to protect each other because are government aren't 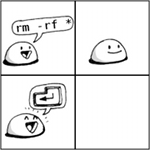 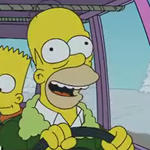 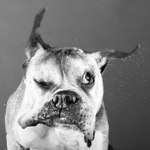 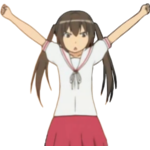 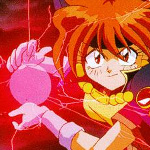 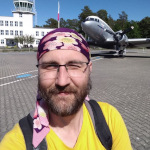