2) Lobbying in Brussels is heavy, currently there is much pressure on MEPs by pro-software-patent companies. The pro-patent lobby has about 30 lobbyists more than we, mostly wearing the hat of SMEs.

3) Your action is needed, at http://noepatents.eu.org/ we maintain a list of what you can do as an SME and as an individual. Especially we advise to see your MEP soon and, if you can speak for an SME, to visit the Economic Majority conference 29 June Brussels http://www.economic-majority.com/konf050629/. Please decide to come the conference early, so that a date with your MEP or with his/her assistant can be arranged in advance.

[1] You have supported http://petition.eurolinux.org/ with the email address linux2.6@gmail.com. Because action is important, the maintainers of the petition have asked us send out this email. If you do not wish to receive any (presumably very rare) mail from petition.eurolinux.org in future, optionally reply to this email with 'nomail' in the subject. 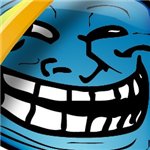 The purpose of this story is to spread the word of the modern day Second Coming of God and the provision of the Lord.

"The Archangel's Trumpet" records what the author heard from the God and Jesus
and the all secrets of the Bible. It is proof of the second advent of Jesus and His Divine Providence.

[2] The creation of the world in the Genesis of the Bible was not an actual event, but the blueprint of the God for the creation of Heaven on the Earth.

[3] The Garden of Even is not a specific region, but is the company of God with Adam and Eve. It is similar to today's company of God, the Christianity.

[4] The snake that seduced Eve was not an abandoned angel, but was Adam's penis.
Also, the forbidden fruit in the Garden of Eden was not one kind, but two kinds.

[6] Jesus Christ's cross was not a plan of God, but was caused by a mistake of St. John.

[8] The prophecy spread by Calvin was wrong.

[9] The idea of circulating life and rebirth on this Earth is also wrong.

[10] Not very long from now, a calamity will come to swipe out the mankind as the event of the arc or Noah.

[11] Today's idols made out of stone, wood or metal are false gods and God will punish those who serve such idols and abandon them in darkness.

[13] Geogamurok's "Sodumujok (a small head with no legs)" refers to males' penis and "Jahado" refers to the land in which North Korea and South Korea unify.

[15] Those who call themselves 'Jesus' today
do not even bring the Judgements stated in the Bible [John 5:22]
and cannot eliminate the essential causes of diseases and false gods (Revelations 21:4, Joel 3:8]. So, they are all false Christs.

[17] Teaching the interpretations of God's Providences in schools of theology and in churches and delivering God's messages through sermons in churches are all false acts [Jeremiah 5:27, Proverbs 5:3]. So, those who deliver such messages and others who believe such message will be abandoned in eternal darkness.
In fact, today's clergymen always say "we will be saved and be led to Heaven' during their sermons, but these are lies [Amos 9:10]. Believers in such churches [Jeremiah 25:29] will never be saved nor be led to Heaven.
Today's churches are surrounded by armies [Luke 21:20] and are filled with death [2 Kings 4:40 ]. Therefore, although it may be filled with laughter today, it will mourn and weep in the near future [Luke 6:25 ].

[18] Christians believe that they will be ascended to Heaven after the Final Judgement to be greeted by Jesus in the clouds, but it is also wrong.
Jesus only said that men will find justice and faith on the Earth [Luke 18:8].

Therefore, our believers shall come out of the false beliefs
and enter sabbaticals to participate in the new Providence of God today.
Sabbatical is relieving grudge and taking a rest.

He will wipe every tear from their eyes. There will be no more death or mourning or crying or pain, for the old order of things has passed away." [Revelations 21:4]"

'I am against the shepherds and will hold them accountable for my flock... [Ezekiel 34:10]'

'Flee from Babylon!
Run for your lives!
Do not be destroyed because of her sins.
It is time for the LORD's vengeance;
he will pay her what she deserves. [Jeremiah 51:6]'

For more information, go to http://eng.kjjo.com and
read the book The Arch-angel's Trumpet.