SolidOpinion operates in the field of social commentary, including an online commenting and discussion platform that allows users to promote their content and earn financial rewards.

Besides our core SolidDiscussion product we have new emerging supporting offerings on the rise: 1. SolidRadar – an analytical tool for comments-based advertising campaign creation that allows a deeper introspection into users' opinion 2. CommentsDaily – a portal that brings latest news site updates into a single page with relevancy & topicality of which are determined by community engagement, not editors.

You will be exposed to modern approaches and technologies, high-load environment, cloud computing services, distributed fault-tolerant stack. Candidate will be familiar with the technologies we are using, but may have not had the ability to work on them in their current job setting. That's generally OK. However, you should have true passion for technology that is apparent through your previous work experience.

Requirements: Expertise in linux, LXC/Docker, CI/CD/jenkins, bash scripting, nginx Knowledge of Kubernetes will be a huge plus 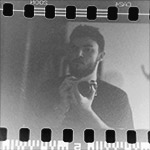