I'm Gentoo user (it's a good google-fu qualification :-) ), and I quickly find this issue 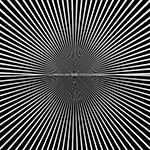 >because nvidia-glx in real installed and /etc/X11/xorg.conf created

This must seen as GRUB_CMDLINE_LINUX_DEFAULT=«{something} nomodeset».

s/I'm Gentoo user (it's a good google-fu qualification :-) ), and I quickly find this issue, but some people may have problems with that.//

Before speaking, I want to give my sincere apologies for my English because of country I'm living in.

In Lucid, Jockey fails to install the Nvidia proprietary driver.

A default driver for Nvidia video cards in Lucid is Nouveau, which provides KMS and other nice stuff. But, when installing Nvidia proprietary driver, you're to disable Nouveau. Jockey forgets about it and fails the installation of nvidia driver, following which says «reboot system!». After rebooting (because nvidia-glx is installed in fact and /etc/X11/xorg.conf is created) we can see a conflict of kernel modules, and Nouveau is still enabled.

To disable Nouveau we should add a srting «nomodeset» in line GRUB_CMDLINE_LINUX_DEFAULT=«{something}» in the file /etc/default/grub. A result should look like this: GRUB_CMDLINE_LINUX_DEFAULT=«{something} nomodeset». Jockey must do that automatically after installing Nvidia driver and after removing Nvidia driver it must delete this string. I'm Gentoo user (it's a good google-fu qualification :-) ) and I found this issue quickly, but some people may have problems with that.