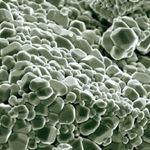 из мана: mlock() and mlockall() respectively lock part or all of the calling process's virtual address space into RAM, preventing that memory from being paged to the swap area. 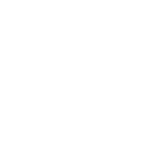 The Linux 2.6 kernel added a new kernel parameter called swappiness to let administrators tweak the way Linux swaps. It is a number from 0 to 100. In essence, higher values lead to more pages being swapped, and lower values lead to more applications being kept in memory, even if they are idle. Kernel maintainer Andrew Morton has said that he runs his desktop machines with a swappiness of 100, stating that "My point is that decreasing the tendency of the kernel to swap stuff out is wrong. You really don't want hundreds of megabytes of BloatyApp's untouched memory floating about in the machine. Get it out on the disk, use the memory for something useful."

One downside to Morton's idea is that if memory is swapped out too quickly then application response time drops, because when the application's window is clicked the system has to swap the application back into memory, which will make it feel slow.

The default value for swappiness is 60. You can alter it temporarily (until you next reboot) by typing as root:

If you want to alter it permanently then you need to change the vm.swappiness parameter in the /etc/sysctl.conf file.