Here’s how Microsoft described the benefit of the tool and SDK, which will simplify extracting the .pst data:

In the spring, Microsoft released technical documentation for Office Outlook that makes it easier for developers to read and write data out of .pst files on any platform — whether or not Microsoft Outlook is installed on the desktop.

Previously, developers could use the Messaging API (MAPI) or Outlook Object Model to retrieve and use the e-mail, calendar and attachment data but it required Outlook to be on the desktop. 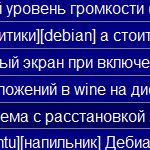 > developers could use the Messaging API (MAPI)

MAPI is an overwhelming collection of things. If someone wanted to get familiar with MAPI he or she should be prepared to spend many months just learning about it. Even after that it is easy to get lost doing simple things. The collection of MAPI interfaces is large, its coverage is unprecedented. MAPI is generic and universal and comes with a price of nobody being able to understand it completely.